East of the River Foreign Language for Kids Honored 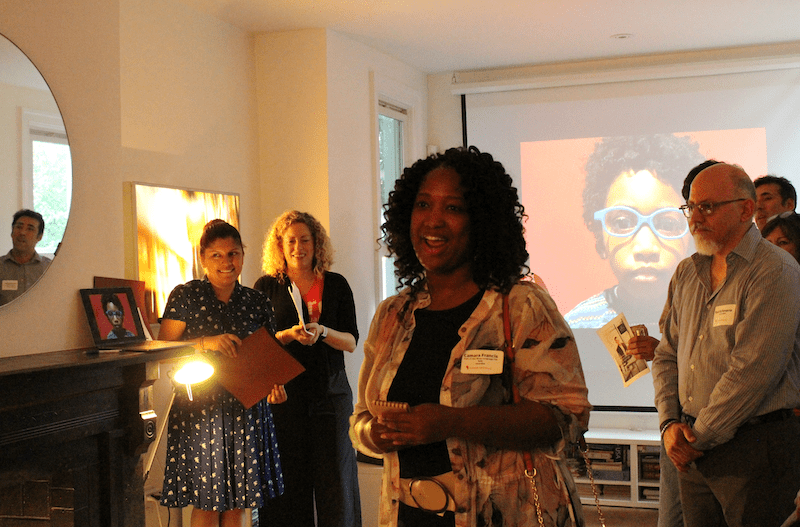 Article reposted with permission from the DC Language Immersion Project

Councilmember Brandon Todd was commended as a “true champion for multilingual education in the District,” and received the Multilingual Education Leader award for his engagement with the community and swift response to parental demand for more dual language programs. Legislative Director Keiko Yoshino relayed Councilmember Todd’s pride in the work he has done with the community and with DC Immersion.

“I am a product of bilingual schools,” attested Oyster-Adams Bilingual School principal and Multilingual Education Innovator awardee Mayra Cruz. “I am an English language learner…. I come from an undocumented family. So if you listen to statistics, I wasn’t supposed to become a principal. But I am a principal to represent all of those who are disenfranchised and to prove that dual language is the best way to teach any type of student…. We are on the edge to become the first school in DC to possibly eliminate black-to-white achievement gap through dual language programs, and I think that’s really powerful.”

DC Immersion board member and Multilingual Education Believer Awardee Ximena Hartsock shared that “Most parts of the country that are as diverse as DC are not as economically powerful as this city. So if there is anywhere you would want to have the political power in the capital and also the [support] from the community, it’s going to be here in DC. This multilingual, multicultural opportunity is an asset that is untapped.”

The Multilingual Education Fiercest Advocate Award was given to PAVE parents Latisha Roberson-Marke and Jonida Spahija for their impactful work to prioritize equitable access to dual language programs and other specialized programs across the district. Spahija asserted that “we all need to work together… and raise our voices and use our power as parents, as community members, as advocates, to share these overlapping goals.”

East of the River Foreign Languages for Kids founder Camara Francis received the Multilingual Education Go-Getter Award for providing much-needed access to multilingual education to children living in Wards 7 and 8. “I wanted to get my son into a dual language program,” she shared. “The waitlist was extremely long, and I knew there were other parents in my situation…. Our program was born out of need. We needed it, and instead of waiting we just created it…. We are trying to give our children the opportunity so that they can be global citizens, so that they can compete.”

Both Hani Abo Awad and Jayme Shores Gubartalla were granted the Multilingual Education Perseverance Award for their continuous work on the Arabic Language Public Charter School. “I didn’t get to grow up in a bilingual setting, but I’ve loved languages all my life and I want all students to have the opportunity to be bilingual/multilingual and to become global citizens,” said Gubartalla.

Shira Bezie’s extraordinary commitment to breaking cultural barriers between the diverse community of Ethiopian, African American, Latino and White students at Sela Public Charter School was recognized with the Multilingual Education Cultural Bridge Award. She was commended for her belief that, as she says, “with the right education, anyone can have a bright, exciting future.”

DC Immersion honored Co-founder and President of CommuniKids Preschool, Raúl Echeverría with the Multilingual Education Constant Gardener Award. Echeverría remarked that “[DC Immersion] has found a formula to really push multilingual education to where it needs to be. It needs to be an essential element of the educational system both in the District and beyond — from the nation’s capital to the nation. ” Raúl is also currently serving as Tri-Chair of OSSE’s Early Childhood Dual Language Learner work group.

Amanda Cataneo, a teacher at Powell Elementary, received the Multilingual Education Superpower Award. “In the three districts I’ve worked in,” she said, “there is such a need for qualified dual-language educators, and that’s what I want to dedicate my life doing.” Her continued dedication to furthering her own education in order to enrich the practices of others has resulted in a formidable network of dual language educators.

Lastly, the Multilingual Education Young Inspiration Award was presented to students Jessica Amaya and Nandi Chase for their impassioned advocacy on behalf of multilingual education. “I’m trying to inspire people to learn multiple languages,” said Amaya, “especially to those who already speak English, open yourself up to learning different languages.” Amaya also expressed her hope that more of the District’s youth see the value in advocating for multilingual education and take action themselves.